Singers, songwriters, and multi-instrumentalists like Mike Llerena are built for battle. They’re a lot like members of those civilian brigades you read about who will do everything to defend their homes, families, and crops from attack.

In battle, you might come around the corner and face-to-face with Mike Llerena and think that by the looks of him, you might be able to bury him in that plaid shirt right then and there without a problem, which might very well be the case.

But Llerena doesn’t sound like the kind of guy who would fall without belting out a powerful war song that represents the vigilance of his township.

That “song” is, of course, a metaphor for what he would actually be doing; fighting you with everything he’s got. 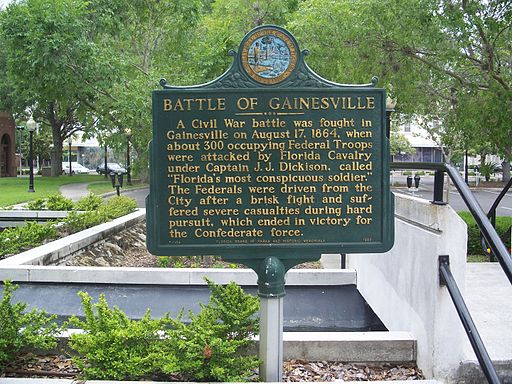 It needs to be pointed out that Mike Llerena is from Gainesville, Florida, a place that’s had its history of conflicts and hasn’t always been on the right side of them. So in that context, it makes sense that Llerena’s punk spirit origins are grounded in the town that he’s from.

Mike Llerena’s new 5-track EP Absence & The Heart was released on February 17 and revisits his signature folk-pop-punk sound that make for the style of his previous releases, 2015’s Letter Of Resignation and 2014’s Gold Gone Black.

Llerena is his own brand who has been working his way up through open mics, solo performances, being an opener and become a multi-instrumentalist in order to get where he wants to be with his sound. His third EP is carefully constructed to make sure he stands out on his own merits.

Here’s what Mike has to say about his influences:

“As a singer-songwriter, I would say my music draws as much from Green Day as it does from Bruce Springsteen.”

Yes, there are times when he’s channeling Billie Joe Armstrong such as he does at the beginning of the track “End Of The Line,” or in the tenderhearted “Rosanna”.

Even with that Green Day influence, there’s also a hint of DropKick Murphy’s in “End Of The Line” when it kicks off and it’s vibrant with what seems like a wall of buzzing guitars.

Another track that carries the same kind of energy is “On The Way Back Home” where Llerena harmonizes along with his own growls.

Les Bohem Uncovers A Stagnant Darkness In ‘Moved To Duarte’

But unlike “End Of The Line,” it doesn’t have the same intensity which works well enough if the song is oriented to fit a folk-punk-style.

But, at the same time, I see a lot of opportunities the producers had to make it something more, by making it more stripped down and raw, just the way I like it…

“Dear Lonely” takes a different direction as the only acoustic song on the EP where he lets the songwriting take the lead. This completes that sense that he’s really going all the way, unafraid of standing out there by himself, hence, why “lonely” is in the title.

The big finish is “Lady Rock & Roll” where he returns to a full band sound with TJ Baker, who shares the skin-beating responsibilities on Absence & The Heart with Brad Purvis.

At the beginning of this review, I could have said:

“…will do everything to defend their homes, families, and crops from attack… by Orcs.”

…which would have changed the direction of this review. But I bring it up because at times, my expectations of what this EP could be are kind of dashed away by some of the decisions Mike Llerena makes in his influences.

For instance, the Green Day influence is interesting to me but I think it’s wrong for the song(s) I noticed them in because, to me, it seems to restrain the song’s potential. But this could all change with a live performance, I simply don’t get the feeling the song is complete after a few listens.

Watch how this one-man army handles himself in the studio!

And I’ve seen Green Day live, definitely one of the most memorable and energetic shows I’ve ever been to! But that’s about all the credibility I have with anything!

What’s the competition like in Gainesville, Florida? Because I see Mike Llerena as something more than a singer-songwriter from Gainesville. In him, I see the voice of Gainesville and if he doesn’t feel that yet, I encourage him to embrace the title and lead the way.